www.castellodineive.it
Castello di Neive and its 150 acre estate are owned by the Stupino brothers and sisters – Anna, Giulio, Italo e Piera. They were all born in Neive, and so were their parents, grandparents and great-grandparents.The history of the company began when their father, Giacomo, started to capitalize on both his experience as a surveyor and on his knowledge of the area, and to purchase, whenever possible, vineyards and land in extremely favourable locations. In the small cellars of their home, they began the first production of wine for domestic consumption and to sell in bulk.Messoirano, Montebertotto, Basarin, Valtorta, I Cortini;:  the number of vineyards acquired by Giacomo grew and with it also the production and the ambitions of the family. In 1964 they purchased the castle with its spacious cellars, with more farmsteads in Santo Stefano and Marcorino, plus more land from the castle’s previous owner, Count Guido Riccardi Candiani. This is was a turning point which urged the family to renovate the castle’s cellars, to reorganize the vineyards neglected by the previous owners and to produce wine according to modern methods. When Giacomo died, in 1970, Giulio end Italo oversaw the transition from tenant farming to direct management of the land, with the precious help of Talin Brunettini, skilful cellar man with a knowledge in agronomic techniques. It is at this time that Castello di Neive began to bottle its wines and to introduce them to the rest of Italy and abroad. 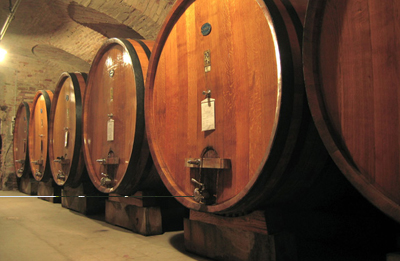